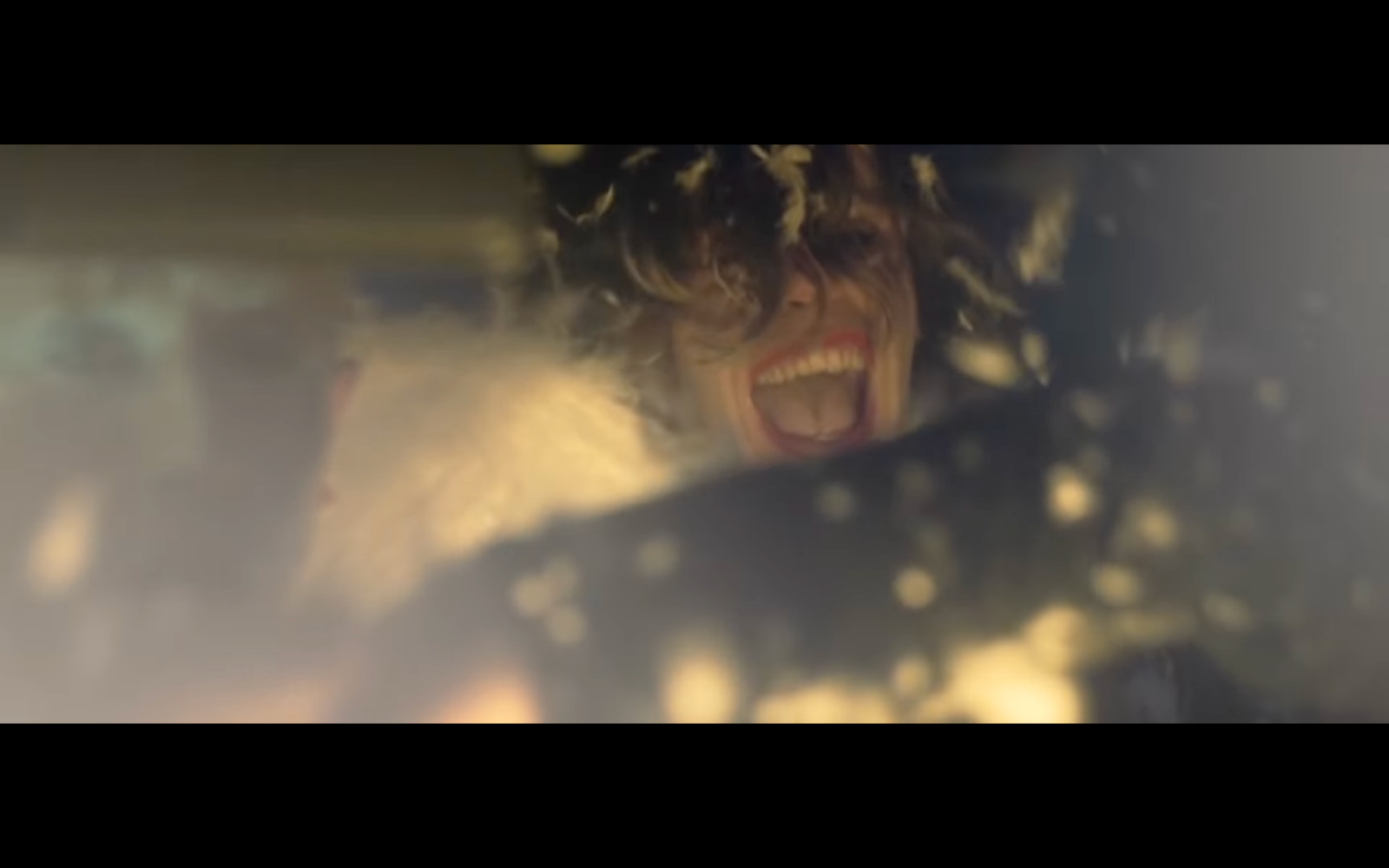 “We can have any size stone we want in our world”

One of the repeated themes in this episode was the idea of ‘our world’ and ‘his world’. Bob Ross is very aware that we are making this world up as we go and that we have the power to do what we want with it. We can add more stones in places he didn’t, he might put in another tree that we might not, and that is the beauty of it. He recognizes that our world, our work, is going to be different than his and that is what makes it so special.

“Nothing worse than an angry tree”

It’s true. There isn’t anything worse. Have you ever seen a crazy tree? No? That’s because if you did, you probably wouldn’t be reading this.

“Let’s get a little crazier”

One of the many things I admire about Bob Ross is that whenever an idea pops into his head that he deems as ‘crazy’, or risky or not exactly expected, he never backs down. He doesn’t say ‘let’s get crazy and put a big old rock here, well, actually no, let’s not’. He just goes for it and tries it out. The results are often surprising and fantastic.

This is the sort of small detail that nonetheless impacts the overall energy of Bob Ross. Nothing just is. He doesn’t say ‘there is a big tree right here’. It lives. The tree lives, the boulder lives, the river lives, everything is alive and thriving. {can you tell I am a fan?}

Bob Ross leans into his stories. He gives personality to the things he paints with little sayings and comments, but he doesn’t just say one quick phrase and move on. He continues the narratives that he begins and lets them inform his work. I would like that to be how I approach this class, to lean into the stories.

{i very much enjoyed the special appearance from peapod}

The instructions were to be legendary, but how to legendarily introduce someone not quite so legendary? {atleast not yet}

mayhaps that means leaving the introductions until later

so, hullo, i am bird

I’m not out of this world, you are

This is one of my favorite sounds.

It’s always fresh in this memory, the air is neither cool nor warm, but neither the stale weather one might attribute to memories where that detail has faded away. It is just nice out. I walk how I always walk, briskly. Walking with a Purpose. What Purpose? Don’t ask me, I sure as hell don’t know. Well, in this particular instance, it is art class. I am walking to art class, taking the shortest route, which just so happens to lead me around the back of the school. Behind the brick monoliths whose belly holds and tortures the souls of poor high school kids in stomach acid called trigonometry, is a dumpster and asphalt that has seen better days. As far as asphalt can see that is. Nestled in this asphalt is a sewer grate. I walk over it nearly every day, always pulling out my earbuds just for a moment to listen. The sound of rushing water grows as I approach and fades as I leave it behind. A river running right below my feet, silent except for right then. A world unseen, hardly heard but there nonetheless.

Almost every introduction requires a fun fact so there it is

May the grass be green for you, even if it has snow on top of it,

I’ll catch you on the flippity flop